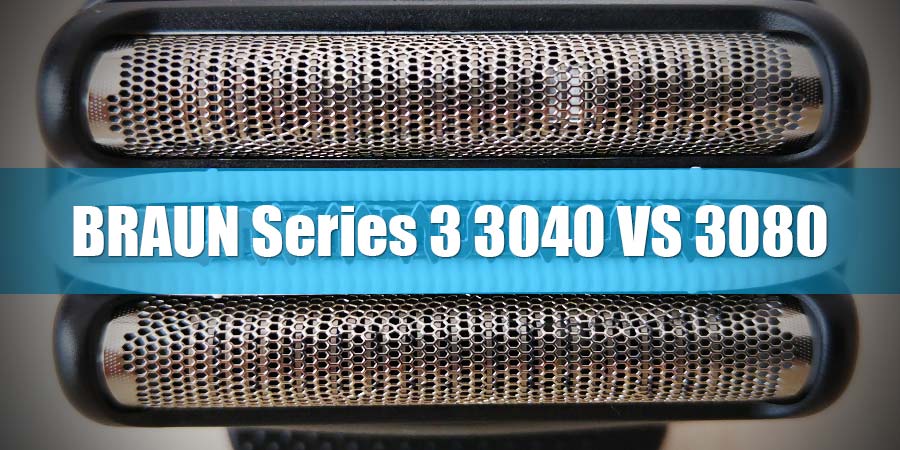 The Series 3 line of electric shavers from Braun is without a doubt one of the most compelling offerings in the entry-level segment.

Among their strongest assets we can name the very good performance for the money, low costs of ownership, and decent reliability.

The 3040 and 3080 are two of the most popular models from the refreshed Series 3 ProSkin. They are suitable for wet & dry use and share a lot of similarities, but they’re also different in certain regards.

In this Braun 3040 vs 3080 comparison, we’ll find out exactly what these differences are and which one should you buy.

Note: Braun officially calls these two shavers Series 3 ProSkin 3040s and 3080s, but for some reason, lots of online retailers simply refer to them as 3040 and 3080. The takeaway is that they are the exact same shavers, regardless if they’re being referred to with or without the s.

First, it’s important to note that the performance of the Series 3 ProSkin razors is identical throughout the whole line. They all use the same shaving head and will provide the same results in terms of closeness and comfort.

Now, regarding the Braun 3040 vs 3080, here’s a quick comparison table that shows their similarities, but most importantly, their differences:

So the 3080 is basically a 3040 with some minor design alterations, a travel case, a charging stand and a foil locking mechanism.

Let’s address each of them.

1. Design–just a matter of personal preference

No clear winner here, but I do admit that the 3080 looks a bit more stylish, especially in the official images:

In case you want to use your Series 3 for traveling, Braun has decided to include a travel case with the 3080 and a protective plastic cap with the 3040. 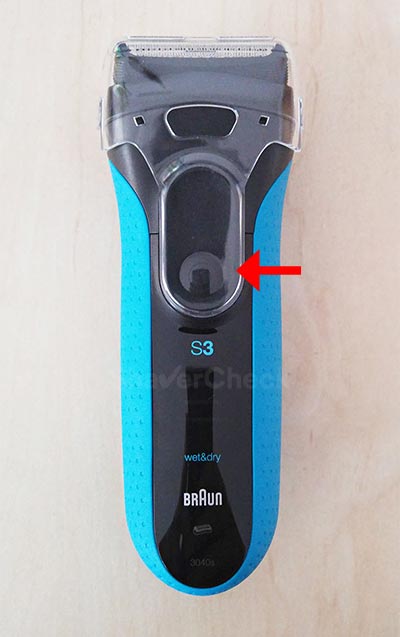 A travel case is a welcome addition, but it really seems odd to me that Braun decided not to include a plastic cap for the 3080 as well.

Yes, the travel case is hard and sturdy and will probably provide adequate protection. But the foil is very sensitive to mechanical shocks and it’s always a good idea to use a protective cap, not just when you’re traveling.

In case you’re considering the 3040s, there are various third-party cases specifically made for the Series 3 and some of them will even accommodate the charging cord.

I will say it right off the bat, I was never fond of these stands and consider them to be just a redundant extra item.

The charging cord can be also plugged directly into the shaver, so it’s not really necessary.

I personally wouldn’t consider this stand to be a decisive factor in choosing between the 3040s and the 3080s.

This would normally be a useful feature in the case of an advanced electric shaver with a large and complex shaving head. But here, not so much.

The shaving head of an advanced shaver, like the Series 9 or Panasonic Arc 5 can move sideways, back and forth, up and down.

This, along with the fact that the shaving head is large and bulky, makes shaving tricky areas difficult. And here is where a locking mechanism comes in handy.

With the Series 3, we deal with a very basic shaving head, one that doesn’t tilt or move; and it’s also quite slim.

The precision locking mechanism on the 3080 retracts one of the finishing foils to make the head even slimmer for shaving difficult spots like the area under your nose.

Having used the 3040, I can’t really say that I had any troubles with it; the precision mode on the 3080 is nice to have, but again, in the case of a simple and compact shaving head like the one used on all Series 3 shavers, the benefits are minor.

Considering the aspects presented above, choosing one over the other should come down to a single factor: price.

While the manufacturer’s suggested retail prices for the two are very similar, you can often find either of them on sale.

For example, the 3040s can sometimes be bought for less than half the price of the 3080s.

In this case, the decision should be extremely simple, with the Series 3 3040 representing the better option. Again, the actual shaving performance of the two will be the same.

If the price difference is negligible, you can go for either of them.

You do get more stuff with the 3080, even though the lack of a protective plastic cap is in my opinion a minus. At least specs-wise, the 3080 is a slightly superior product and that can be an argument in its favor. 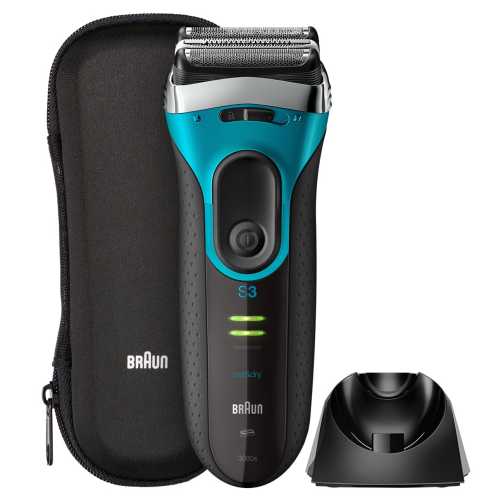 However, the Series 3 Proskin 3040 is more likely to be found at a better price and therefore it would be my pick of the two. You can also read my in-depth review of the 3040 here.