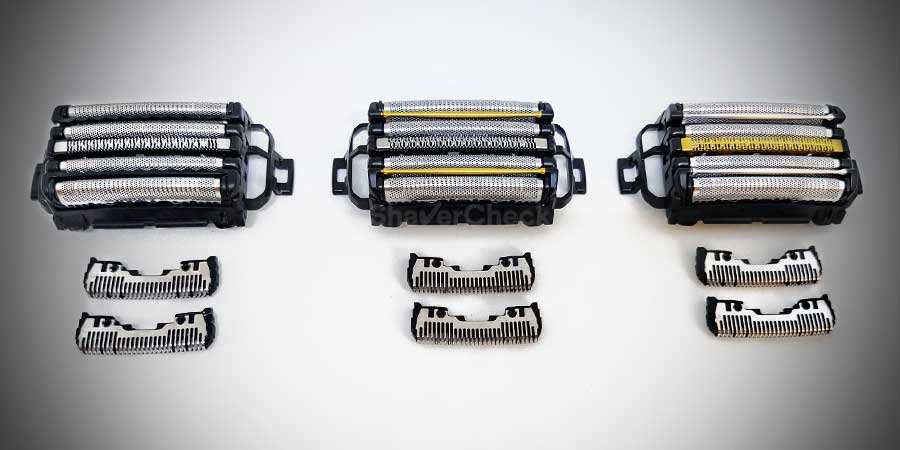 Ever since their introduction back in 2009, the defining characteristic of the Arc 5 series was the massive shaving head that featured 5 individual cutting elements.

Currently at the third generation, a lot has changed in the design and material choice of the Arc 5 shavers.

However, the foils and blades used by the various Arc 5 models have mostly undergone incremental changes.

And this can make things a bit difficult when it’s time to replace them with new ones.

Moreover, there’s a lot of cross-generation compatibility when it comes to Arc 5 replacement foils and blades and this part was never explicitly documented by Panasonic.

As a result, newer foils and blades are actually compatible with older Arc 5 models and vice-versa.

This guide will address all of that and show you precisely which foils and blades will fit your particular Panasonic Arc 5 model.

Which foils and blades should you buy for your Arc 5?

Before getting started, it’s important to note that all Panasonic Arc 5 razors have two (removable) inner blades, while the remaining three are integrated into the foil block itself.

So throughout this guide, whenever I mention the word “blades”, I am only referring to the pair of removable inner blades.

IMPORTANT: These two inner blades are exactly the same among all Panasonic Arc 5 models. The part number of these blades is WES9170 / WES9170P. Only the outer foil can be different depending on the Arc 5 model.

So every Arc 5 foil and blades set out there actually contains the same two inner blades, namely the WES9170 (sometimes the P is left out of the name, but it’s the exact same part).

As a side note, you have the option to buy the inner blades and outer foil either separately or as a set (a set is usually more advantageous in terms of costs).

The set will have a different part number than the inner blades and outer foil it comprises of.

With that out of the way, let’s see which foils and blades will fit every Panasonic Arc 5 generation.

We’ll first check out the ones that originally came with the shaver (and are officially recommended by the manufacturer) and then other compatible parts, which can be either newer or older than the ones that came with your shaver. 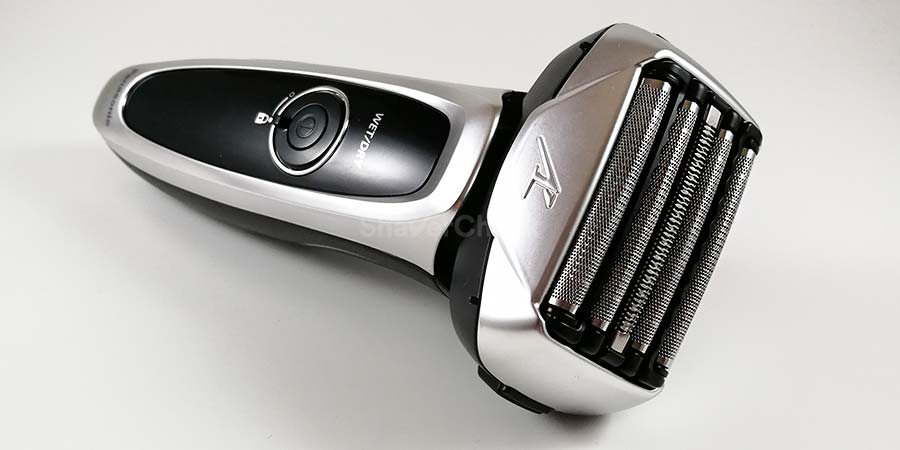 As you can see, the second generation Arc 5 shavers (ES-LV65-S, ES-LV95-S) come with exactly the same foils and blades as the original, first-generation models (ES-LV61-A, ES-LV81-K).

In 2019 Panasonic introduced a couple of supposedly new models, the ES-LV67 and ES-LV97. However, they’re basically a second generation Arc 5 with a new design of the shaver’s body, but the same foil and blades.

So if you have a first or second-generation Panasonic Arc 5, those are the part numbers of the original foil and blades.

If for some reason the original foils and blades are not available or you simply want to give your older Arc 5 an upgrade, you can opt for some newer parts.

As we saw earlier, the inner blades are the same throughout all generations and revisions.

I wrote detailed articles about most of the third generation revisions; you can check them out at the following links:

Also, here’s my detailed Arc 5 buying guide where you can find all the relevant info about every Arc 5 model ever released.

A and B come with one foil type, while the C and D revisions use a newer, slightly revised foil (the differences between them are marginal, so you can opt for either of them).

Later came the Arc 5 revision E and F shavers, also with a slightly updated foil that has a different part number. Again, the differences in practice are minor (constisting mainly of a tweaked middle cutter).

The defining characteristic of all these new, third-generation outer foils is the presence of two rollers that supposedly make them glide smoother over the skin.

Is it worth the upgrade to the newer foils? Well, if you can get them for not a whole lot more, I think so.

I’ve used them alongside the old ones and while I found the closeness to be pretty much the same, the new foils (with the two golden rollers) are more comfortable.

The latest Arc 5 foil is currently the one that came with the revision G shaver models (2021).

It’s also the one that features the most radical change as the middle cutter was completely redesigned instead of just tweaked. The rollers are now silver instead of gold, so it’s very easy to differentiate them from the older ones.

As a result, it is better than the previous ones when shaving longer hairs, but still not great if the hairs also stay flat on the skin and grow in different directions.

You can read more details about its performance in this review.

You’ll sometimes find the foil, blades or set listed without the W in the model name. For example, ES9036 instead of WES9036. Don’t mind it, it’s the same part.

As mentioned previously, the Panasonic Arc 5 generation 3 shavers have been revised six times since the launch of the first A revision (that included models like the ES-LV9N/ES-LV9A, ES-LV6N/ES-LV6A).

We also know that revisions A and B come with the same foil part number, while the C and D models come with updated foils (supposedly using an improved middle trimmer for better catching longer hairs).

The revisions E and F also have a different foil compared to the C and D models, at least in the sense that it has a different part number.

In reality, all generation 3 foils from revision A to F are extremely similar and you probably won’t notice any significant difference during use.

The only one that represents a more significant step is the revision G foil with the part number ES9181.

Having used it alongside the older ones, I can confirm that it is better with longer facial hair and also a bit more comfortable.

However, I wouldn’t call it radically better.

Side note: All generation 3 foils/sets are also cross-compatible regardless of the revision. For example, if you own a revision C shaver like the ES-LV9Q you can upgrade the foil to the latest revision G foil/set.

The various new foils sets of the third generation Arc 5 can be a bit difficult to find and in some regions, they may not be available yet.

For example, you can only get the revision E, F and G foils/sets from Japan. Panasonic officially released them only on their domestic market.

Also, the newer foils/sets can be pretty pricey, at least right now.

If you find yourself in one of these situations, you do have the option of getting the older generation foil (used by the first and second-gen Arc 5).

It won’t be a major downgrade since the first and second-generation foils were already really good, even though they are not quite as comfortable as the new ones.

Final word on choosing the right Arc 5 foil and blades

I think it’s important for current and future Panasonic Arc 5 owners to know that they have quite a few options and flexibility when it comes to buying replacement foils and blades.

Precisely, because the removable blades are the same since always and the shape of the foil frame has remained unchanged, any foils/sets will fit any Arc 5 shaver.

For example, even if older shaver models like ES-LV65-S get discontinued and the (official) replacement parts are phased out as well, these shavers can still be valid options since you can use the newer foils and blades.

Also, if you bought a newer (generation 3) Arc 5 and you can’t find the exact foils it came with, you can always use an older model as it will fit just fine.

Hopefully this post managed to clear up some of the confusion caused by the lack of information regarding this topic, namely the cross-compatibility of various Arc 5 replacement parts.

If you have any other questions, make sure to post them in the comments below.

Disclaimer: shavercheck.com and the author of this post are not responsible for any damage caused to your device. Always follow the instructions in your shaver’s user manual.

150 thoughts on “Panasonic Arc 5 Replacement Foil and Blades: Which Ones Will Fit?”